Our objective is to provide an opportunity for residents of The Villages who wish to sing in a choral group for their own enjoyment; and for the enjoyment of our community and audiences wherever we may find them. We seek to improve our skills through the development of our talents. Our objective is a high standard of performance with quality production, accuracy and beauty.

to The Villages. After 34 years of teaching high school and college

music, he desired to remain active. He ran an “ad” in The Villager in

January 1985 inviting musically talented residents to meet with him

to form a Villages Orchestra.

Eight musicians gathered on February 8th, 1985 in the Cribari

In May 1985, the new 13-member orchestra presented their first concert to a retired teachers association. Later that year, in December, the now 35-member orchestra played two Christmas dinner programs to a standing ovation. They were tremendously encouraged.

The Villages Dance Band was formed in 1986 and played with five saxophones, two trumpets, a piano and, if lucky, a drummer. Enthusiastic and vigorous “conscription” brought the group to full strength by 1987 with 17 members plus a vocalist.

Fond memories of leading five different concert bands during his teaching career prompted Marshall to organize a band in late 1986. He reasoned that a band would be more appropriate for July 4th and Veterans Day. They could present outdoor concerts in the summer, too. By 1990 the band had reached a balanced membership of 36 musicians.

In 1987, all these groups were combined under a new Villages Music Society and coincidentally, Marshall got married. His bride, Eloise, a talented musician too, agreed to form a choral group. The Village Voices started with 22 singers at the first rehearsal and grew to over 60 members.

In 1994, due to the loss of several key members, plus the heavy workload undertaken by Marshall as the instrumental director for the music society, the orchestra was suspended as a separate entity.

Earl and Kathi Levin formed a handbell ensemble in 1997. They even bought the first four octaves of handbells themselves.  Some of the first members, as today, were members of the

perform regularly, both in The

Villages and at outside events.

sold their Villages home and moved to Lincoln City CA. With both the instrumental and vocal directors leaving, it became necessary to find new and talented leaders for the band and Voices.

The band chose Frank Ybarra, a trumpet player within its ranks to lead them. Frank resigned after about a year and the band searched for a new conductor and found Dr. Hal Peterson, the current director, who has led them wonderfully since.

ken Carter, already a Villages resident from 1998, noticed the vacancy in the Voices and called to offer his services. He met first with VMS President, Trudy Odbert, and Voices President, Bob Geisler, then the entire group, and offered to lead them provided they would take concert tours with him. The deal was struck and Ken has continued as The Voices second musical director and conductor. The group, now grown to over 100 members, has traveled to Italy, Canada, Ireland, Switzerland, Germany, and Holland. In the US they have cruised New England and the Mississippi River and concertized thru California, Nevada and Utah. They continue to progress in professionalism.

The musical heritage of The Villages is rich and diverse. We hope you appreciate our history and contribute significantly in our future. 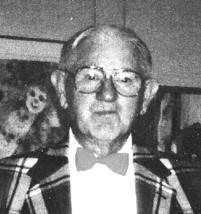