Tamara Welsh was born in Missouri and began accompanying choirs and vocalists in high school.  She played the French horn in concert band, piano in jazz band, as well as singing in choirs and playing for school musicals.  She received her Bachelor of Arts from William Woods College with a Piano Major and Vocal Minor.  During her time there, she continued working with soloists and choirs, as well as playing for many campus productions.  She continued her musical education at the University of Illinois in Champaign-Urbana where she earned her Masters Degree in Piano Performance.  While there, she held an accompanying assistantship where she worked with many vocalists and instrumentalists, specializing in brass.  After graduating, she began her own studio, teaching piano.

Tamara and her husband, Charles, moved to San Jose in 1997.  In addition to classical, jazz and Broadway music, she added liturgical music to her repertoire when she served as Assistant Music Director at St. Francis of Assisi.  She continues to play and sing at St. Francis occasionally with the wedding and funeral ministry.  She has served on the Board of Trustees for the San Jose Youth Ballet and continues to play for various student recitals and community events.

Tamara & Charles live in Evergreen, have two children, and are local business owners. 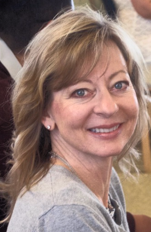